Criminalist Ellie Matthews is finally living the life she wants. She's stopped her drinking and she's got a new man in her life ... FBI Agent Vic Manetti.
Manetti has talk her into doing some competitive running ... to get her healthier, lose some of the weight she's accumulated. She's been running daily and now she's ready to run her first race.
She starts out in good shape, but is interrupted when a woman's body is found dead along the trail. She's been stabbed to death. She also happens to be someone that Ellie has met... she was introduced to the woman by Manetti.
When a second woman is killed in the same way .. and is also someone Ellie was introduced to by Manetti, she finds she's up against a very smart, careful killer. And Ellie may have a target on her back.
Working with Detective Nick Baxter, he and Ellie find multiple suspects with varied reasons for wanting the women dead. The suspense starts on the first page and maintains a high level throughout. The characters are deftly drawn and I really enjoyed the blend of professional and personal lives. It's a clever plot leading to an unexpected conclusion. Although 3rd in the series, this is easily read as a stand alone but I recommend reading in order .. the backstory of some of these characters is not to be missed.
Many thanks to the author for the digital copy of this crime fiction. Read and reviewed voluntarily, opinions expressed here are unbiased and entirely my own.

Dead Sprint was an amazing mystery read that I could not put down.
If you have read my reviews in the past, you know that I love mystery books and am a total sucker for them. This definitely did not disappoint.
I have read a previous mystery by Caroline and I enjoyed it so when she asked me to read another, I jumped at the opportunity.
This book had plenty of suspects to pick through with plenty of motive to add to the fire. The sprinkling of romance that happens in the book gives it a little more heat – not so much so that I would rate this in a romance category or say that it’s so lovey that a man would not enjoy this read. If you enjoy mysteries, this is a great mystery. I never had the suspect picked out. In fact, I am not sure the suspect even dotted my radar until it was all coming together for Ellie.
I don’t recall reading the previous books in this series and it did not hinder my ability to read and enjoy this book. There were definitely things that would have been nice to know from previous books, but it wasn’t anything that I absolutely had to know to follow along. I feel confident in saying that this book can be read as a stand alone without having read previous books.
I certainly hope there are more Ellie Matthews books to come because I really, truly enjoyed reading this mystery. There are some… unfinished items in Ellie’s life that I would like to see where they go. I promise you, I am adding the previous two books to my “to be read” list so I can read more! Caroline is definitely an author to follow!

CAROLINE FARDIG is the USA TODAY BESTSELLING AUTHOR of over a dozen mystery novels. She worked as a schoolteacher, church organist, insurance agent, funeral parlor associate, coffeehouse owner, and stay-at-home mom before she realized that she wanted to be a writer when she grew up. Born and raised in a small town in Indiana, Fardig still lives in that same town with an understanding husband, two sweet kids, two energetic dogs, and one malevolent cat. 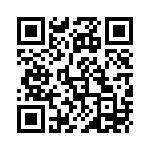