Beto O'Rourke is a fourth-generation El Pasoan and businessman. In September 2011, Beto announced that he will seek the Democratic nomination for El Paso's seat in the U.S. Congress. He recently completed his second term on the El Paso City Council and continues to run Stanton Street Technology Group, the web-development company that he co-founded. He lives with his wife and children in El Paso's Sunset Heights neighborhood, just a few blocks from the international border.

Susie Byrd is serving her second term on the El Paso City Council. Before running for City Council, she served as a top aide to Mayor Ray Caballero. She is the former sales director of Cinco Puntos Press and co-edited The Late Great Mexican Border: Reports from a Disappearing Line (Cinco Puntos Press, 1996). She lives with her husband and children in El Paso's Manhattan Heights neighborhood, about a mile north of the international border. 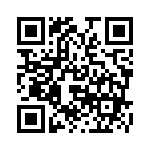