This is about how to survive a software development project when management has not allocated sufficient resources (e.g. time, money, people) to complete the job. Like Peoleware, it's often oriented at the human side of things. Read full review

You can see the original posting of this review on my website:
http://www.christaube.com/web/books/DeathMarch.html
---
It took me a long time to trudge through chapter one. I think it was because I was put off by some of the author's statements (that felt like accusations). This one, in particular, bothered me:
If you're the naively optimistic software engineer responsible for making the death march estimate, chances are that you don't even know what you're doing. [...] In any case, nothing that you hear from an old fart like me is likely to change your mind.
Yes, I am young and naive and optimistic and not-as-experienced as Mr. Yourdon, but if I didn't think there was something to gained from his "old fart" experience, I wouldn't be reading this book!
It's obvious that Mr. Yourdon thinks highly of himself and other like him. His favorite catchphrase, "battle-scarred veteran," has already become annoying, and I'm hardly on page 13.
I feel that in this chapter, Mr. Yourdon has spent a great deal of time laying the blame on others and offering no good solutions nor any helpful advice. To be less pessimistic, I will give the author credit for being very thorough in explaining his argument. (Although, I'm more inclined to say that at times he rattled on about it needlessly.)
The only non-negative I can say about this chapter is the Notes section at the end of the chapter. It was interesting to read and skim through the e-mails Mr. Yourdon used in his research. It also reminded me of the major (important) points he covered that I had forgotten because of his verbose prose.
I've given up on trying to review each chapter individually. I'm having a hard enough time just reading them. Writing a review for each chapter makes this book more burdensome than it already is.
Ok, I've given up trying to read the book entirely. Well, maybe I'll go back and try to finish it one day.
I just can't get motivated from an author whose web site looks like this.
Don't get me wrong, I'm sure Mr. Yourdon is a great, smart, knowledgeable guy. I've just lost interest in his book.

EDWARD YOURDON has been called one of the ten most influential people in software, and has been inducted into the Computer Hall of Fame alongside Charles Babbage, Seymour Cray, James Martin, Grace Hopper, and Bill Gates. An internationally recognized consultant, he is author or coauthor of more than 25 books, including Byte Wars, Managing High-Intensity Internet Projects, and Decline and Fall of the American Programmer. He co-developed the popular Coad/Yourdon methodology, co-founded the influential Cutter Consortium Business Technology Council, and serves on the Board of Directors of iGate and Mascot Systems. 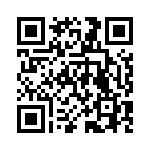