Eight Short Stories featuring Inspector Montalbano and his early cases. 1. "Room Number 2": An explosion rocks a hotel. Room number 2 was occupied, but as all the guests come down stairs to be ... Read full review

short-stories, series, law-enforcement, Sicily, murder-investigation Camilleri does great short stories! Each is pretty much independent of the others except for the continuing characters, and even if ... Read full review

Andrea Camilleri is one of Italy's most famous contemporary writers. His books have sold over 65 million copies worldwide. He lives in Rome. The Inspector Montalbano series, which began with The Shape of Water, has been translated into thirty-two languages and was adapted for Italian television, screened on BBC4. The Potter's Field, the thirteenth book in the series, was awarded the Crime Writers' Association's International Dagger for the best crime novel translated into English. In addition to his phenomenally successful Inspector Montalbano series, he is also the author of the historical comic mysteries Hunting Season and The Brewer of Preston. 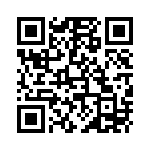