John Morgan was senior editorial contributor at Conde Nast, and was the Associate Editor of GQ (Europe). As one of the UK's best-known writers on style, he wrote the weekly "Morgan's Modern Manners" for the Saturday Times, and was a frequent broadcaster and commentator on matters of taste, correct form, and dress. John Morgan also wrote feature for The Tatler, The Financial Times, The Daily Telegraph, the Sunday Times, The Guardian, and several Conde Nast publications.

Debrett's Peerage Ltd. was founded in 1769 during the reign of King George III. Debrett is traditionally best known for its Peerage and Baronetage, the book which officially lists all the British families' official titles (over 32,000 people). You cannot be a member of The House of Lords, without first appearing in Debrett's. Debrett's is the ultimate standard for propriety and manners. 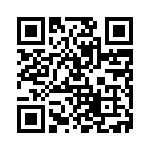