Artist, critic, and Rutgers University professor Rosler (If You Lived Here) is best known for her videos, photomontages, and photographs of everyday objects or environments freighted with socially ... Read full review

Martha Rosler lives and works in Brooklyn, New York. She has taught and lectured on photography since the mid-1970s. Her work wasthe subject of a major retrospective, "Martha Rosler: Positions in the Life World," in 2000. She is the author of 14 books and numerous essays. 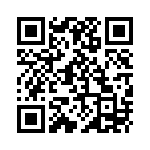