Molly Rogers has published essays on the history of photography, and her fiction has been produced for theater and radio. She lives in the UK, where she teaches creative writing. 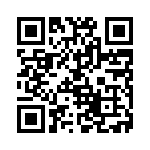