I made the mistake of picking up another book by Dewey. His arguments are as dim in this book as they were in Experience and Nature. Somehow his unclear language constantly obscures the point he's ... Read full review

I made the mistake of picking up another book by Dewey. His arguments are just as dim in this book as they were in Experience and Nature. Somehow his unclear language constantly obscures the point he ... Read full review

Page 5 - Society not only continues to exist by transmission, by communication, but it may fairly be said to exist in transmission, in communication.
Appears in 177 books from 1906-2007
Page 60 - ... shall do. It is chosen and foreordained, and he only holds the key to his own secret. By your tampering and thwarting and too much governing he may be hindered from his end and kept out of his own. Respect the child. Wait and see the new product of Nature. Nature loves analogies, but not repetitions. Respect the child. Be not too much his parent. Trespass not on his solitude.
Appears in 76 books from 1903-2007
More
Page 58 - Since in reality there is nothing to which growth is relative save more growth, there is nothing to which education is subordinate save more education.
Appears in 85 books from 1916-2007
Page 99 - A democracy is more than a form of government; it is primarily a mode of associated living, of conjoint communicated experience.
Appears in 220 books from 1865-2008
Page 22 - In the third place, it is the office of the school environment to balance the various elements in the social environment, and to see to it that each individual gets an opportunity to escape from the limitations of the social group in which he was born, and to come into living contact with a broader environment.
Appears in 80 books from 1916-2007
Page 190 - ... genuine situation of experience — that there be a continuous activity in which he is interested for its own sake; secondly, that a genuine problem develop within this situation as a stimulus to thought; third, that he possess the information and make the observations needed to deal with it; fourth, that suggested solutions occur to him which he shall be responsible for developing in an orderly way; fifth, that he have opportunity and occasion to test his ideas by application, to make their...
Appears in 93 books from 1916-2007
Page 358 - To find out what one is fitted to do and to secure an opportunity to do it is the key to happiness. Nothing is more tragic than failure to discover one's true business in life, or to find that one has drifted or been forced by circumstances into an uncongenial calling.
Appears in 71 books from 1913-2007
Page 99 - The devotion of democracy to education is a familiar fact. The superficial explanation is that a government resting upon popular suffrage cannot be successful unless those who elect and who obey their governors are educated. Since a democratic society repudiates the principle of external authority, it must find a substitute in voluntary disposition and interest; these can be created only by education.
Appears in 80 books from 1881-2007
Page 414 - In the first place, the school must itself be a community life in all which that implies. Social perceptions and interests can be developed only in a genuinely social medium — one where there is give and take in the building up of a common ^^, — experience.
Appears in 28 books from 1900-2005
Page 86 - A knowledge of the past and its heritage is of great significance, when it enters into the present — but not otherwise. And the mistake of making the records and remains of the past the main material of education is that it cuts the vital connection of present and past, and tends to make the past a rival of the present and the present a more or less futile imitation of the past.
Appears in 37 books from 1916-2005
Less

Educator John Dewey originated the experimentalism philosophy. A proponent of social change and education reform, he founded The New School for Social Research."If I were asked to name the most needed of all reforms in the spirit of education I should say: 'Cease conceiving of education as mere preparation for later life, and make of it the full meaning of the present life.'" John DeweyWas born October 20, 1859, in Burlington, Vermont. He taught at universities from 1884 to 1930. An academic philosopher and proponent of educational reform, in 1894 Dewey started an experimental elementary school. In 1919 he cofounded The New School for Social Research. Dewey published over 1,000 pieces of writings during his lifetime. He died June 1, 1952, in New York, New York. 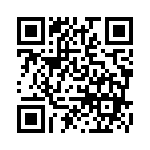