Jack Dann is a science fiction writer and editor who was born in 1945 in Johnson City, New York, and now lives on a farm in Victoria, Australia. He is a multiple award winning author who has written or edited over 65 books, which have been translated into thirteen languages. His short stories have appeared in major magazines and anthologies including Omni, Asimov's F&SF, Penthouse, and Playboy. His historical fiction novel about Leonardo da Vinci, The Memory Cathedral, won the 1996 Australian Aurealis Award for Best Fantasy Novel and was number one on the Age bestseller list. His novella 'Da Vinci Rising', which integrates several sections of The Memory Cathedral with some new material, won the 1996 Nebula Award, making him the first Australian resident to win this award. He has received the Australian Aurealis Award twice, the Ditmar Award three times, and the World Fantasy Award.

Gardner Dozois was born in Salem, Massachusetts on July 23, 1947. After working as an Army journalist, he became a science fiction and fantasy editor and author. He was the founding editor of The Year's Best Science Fiction anthologies and editor of Asimov's from 1984 until 2004. His work as an editor received more than 40 Hugo Awards, 40 Nebula Awards, and 30 Locus Awards. He received the Hugo Award for Best Professional Editor 15 times between 1988 and his retirement from Asimov's in 2004. He wrote books including Strangers and short stories including The Peacemaker and Morning Child, which won the Nebula Award for Short Story in 1983 and 1984, respectively. He also collaborated with George R. R. Martin on a series of themed anthologies including Songs of the Dying Earth, Old Mars, Dangerous Women, and Rogues. In 2011, Dozois was inducted into the Science Fiction Hall of Fame. He died on May 27, 2018 at the age of 70. 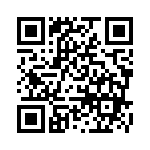