Geneviéve Rodis-Lewis is Professor Emerita at the Sorbonne and is the author of eight books. Jane Marie Todd lives in Portland, Oregon. 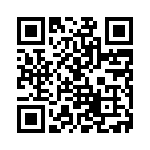