Hal Harvey is the CEO of Energy Innovation, a San Francisco-based energy and environmental policy firm. He was the founder of ClimateWorks Foundation and Energy Foundation, and served as Environment Program Director at the William and Flora Hewlett Foundation. He served on energy panels appointed by Presidents Bush (41) and Clinton, and currently serves as President and Chairman of the Board for several financial, science, and philanthropic groups. He is also a Senior Fellow for Energy and the Environment at the Paulson Institute. Harvey has B.S. and M.S. degrees from Stanford University in Engineering, specializing in Energy Planning.

Robbie Orvis is Director of Energy Policy Design at Energy Innovation: Policy and Technology, LLC. Robbie has worked with numerous governments on climate and energy policy, including China, Indonesia, Canada, the U.S., Mexico, and Poland, among others. His work has been featured in Forbes, The New York Times, The Washington Post, and other publications. Robbie holds a Master of Environmental Management from Yale University and a B.S. from UC Berkeley.

Jeffrey Rissman is the Industry Program Director and Head of Modeling at Energy Innovation: Policy and Technology, LLC. His work has been featured in Forbes, Bloomberg, The New York Times, and other publications. Jeffrey holds an M.S. in Environmental Sciences and Engineering and a Masters of City and Regional Planning from UNC Chapel Hill. 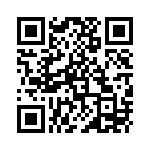