Professor Redford is a literary historian, editor, and critic, with a strong interest in classical studies and the visual arts. He has published essays on topics as diverse as medieval hagiography, rococo portraiture, and the religious poetry of W.H. Auden. During the past decade and a half, his scholarship has centered on eighteenth-century British culture. The Converse of the Pen: Acts of Intimacy in the Eighteenth-Century Familiar Letter (1986) was followed byThe Letters of Samuel Johnson (five volumes, 1992-94), Venice and the Grand Tour (1996), and the second volume of Boswell's Life of Johnson: An Edition of the Original Manuscript (1998). In 2001/2002 he delivered the Lyell Lectures in bibliography at Oxford University; these lectures have beenpublished as Designing the "Life of Johnson" (2002). A past president of the Johnson Society, he has received fellowships from the John Simon Guggenheim Memorial Foundation, All Souls College (Oxford), and the National Gallery of Art, Washington D.C. 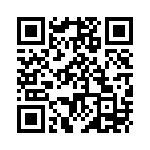