Born Josif Vissarionovich Dzhugashvili to humble parents in Gori, Georgia, Joseph Stalin first became interested in Marxism while he was studying for the priesthood. Those studies ended abruptly with his expulsion for revolutionary activities aimed at the overthrow of the tsar. After various periods of arrest and escape or imprisonment, he became a follower of Lenin. Between 1903 and 1913, he wrote revolutionary material. Around 1913 he took the name Stalin, "man of steel." An editor of the embryo Communist paper Pravda, in 1917 he took charge of the newspaper and began his rise to power in the Communist party, eventually becoming the leading member of the triumvirate that ruled the U.S.S.R. after Lenin's death. During the period of his dictatorship, which followed, many of his former comrades perished in purges he initiated. During World War II, after Nazi Germany broke the mutual nonaggression agreement it had signed with Russia, Stalin joined the Allies. During and after the Allied victory he met with the other Allied leaders---Churchill, Roosevelt, and Truman---at the Teheran, Yalta, and Potsdam conferences. His postwar takeover of the countries of eastern Europe helped launch the cold war. At his death, Stalin received the funeral of a state hero and was buried next to Lenin in Moscow's Red Square. In 1961, after Nikita Khrushchev had denounced him and his policies, his body was moved to the cemetery for heroes near the Kremlin Wall. In March 1969, about two years after Stalin's daughter Svetlana Alliluyeva caused a sensation when she abandoned the U.S.S.R. and her family to seek haven in the United States, Pravda began issuing excerpts from the new novel They Fought for Their Country by Mikhail Sholokhov, which imply that Stalin was unaware of the activities of his secret police in pursuing the purges of the 1930s. Svetlana also produced a work on her father---Twenty Letters to a Friend: A Memoir. In it she cast new light on Stalin's private life and her mother's suicide. She refrains from expressing active hostility to her father and believes that he was to some extent deceived by Beria, chief of his secret police. Of the many biographical studies of Stalin, however, one of the most fascinating is that by Leon Trotsky. In the introduction to the 1967 edition, Bertram D. Wolfe writes: "In all literature there is no more dramatic relationship between author and subject. . . . It is like Robespierre doing a life of Fouche, Kurbsky of Ivan the Terrible, Muenzer of Martin Luther. 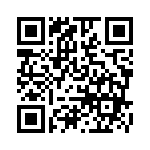