DICTATORSHIP OF VIRTUE: Multiculturalism and the Battle for America's Future

From New York Times reporter Bernstein (Fragile Glory, 1990), a stinging attack on multiculturalism, a ``messianic political program...[that] does not take kindly to true difference.'' Just as the ... Read full review

Review: Dictatorship of Virtue: How the Battle over Multiculturalism Is Reshaping Our Schools, Our Country & Our Lives

Richard Bernstein makes some strong points regarding the zealousness of multiculturalism inside and outside the academy. But despite 350+ pages of densely worded text, he presents scant evidence as to ... Read full review

Richard Bernstein has been a reporter, culture critic, and commentator for more than 30 years. He was a foreign correspondent in Asia and Europe for Time magazine and The New York Times, and was the first Beijing bureau chief for Time. He is the author of many books on Chinese and Asian themes, among them The Coming Conflict with China and Ultimate Journey, the latter of which was a New York Times Best Book of the Year. He is also the author of Out of the Blue: A Narrative of September 11, 2001, which was named by The Boston Globe as one of the seven best books of 2002. He lives in New York. 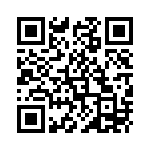