Composed by a young Korean-American performance artist who was killed far too early, this text brings together many of the pieces of her early visual and aural life. The reader is asked to follow the ... Read full review

Needlessly complicated, this work tries diligently to transcend genre and linear trains of thought, but as a result becomes overtly abstract and difficult to follow. More of a collage than a coherent ... Read full review

Theresa Hak Kyung Cha was born in 1951 in Pusan, Korea, and grew up in Korea, Hawaii, and Northern California. She received bachelor's and master's degrees from the University of California, Berkeley, and did postgraduate work in Paris. Her studies in literature, theory, performance art, and filmmaking influenced her varied output as an artist. In 1982, Cha was murdered by a stranger in New York City, just a few days after the original publication of Dictee. 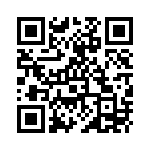