Is it Briton or Britisher, Hoosier or Indianian/an? What is someone from Rio de Janeiro called? Why Chicagoan but then Coloradan? These questions are answered in entries for countries, states, and ... Read full review 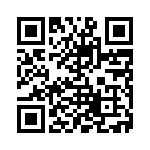