I did'nt know this but now I do and It's awsome!

Philip A. Greasley, Associate Professor of English and Dean of the University Extension, University of Kentucky, is author of numerous articles on American writers and poets. He is past president of the Society for the Study of Midwestern Literature and the winner of the first Midwest Heritage Prize, established and funded by Gwendolyn Brooks. 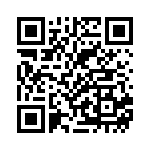