Robert Glenn Howard is Associate Professor in the Department of Communication Arts at the University of Wisconsin-Madison. Currently he is associate director of the Folklore Program at Wisconsin and editor of the journal Western Folklore. 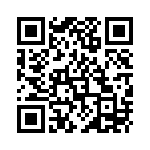