Reviewed by this author for History Today.
See:
http://historytodaybooks.blogspot.com/2010/01/reader-review-dilly-man-who-broke.html

Dillwyn Knox (1884-1943) is remembered as being the sole British codebreaker of high status for work in both world wars. He came from a quite remarkable family described by Penelope Fitzgerald in `The Knox Brothers'. After more than 65 years Mavis Batey, one of his most productive assistants, has put her own recollections of working with him at Bletchley Park in 1941-1942 together with information now declassified by GCHQ, the renamed Government Code and Cypher School.
So the book provides authentic accounts of his work on various types of Enigma enciphering machines over seven years. The story of his work in `Room 40', later `ID25', form 1915 to 1918 is set out. It is evident that Knox was a key participant in the development of the GC&CS between the two wars and that without such development the world might well have become a very different place. Mrs Batey is able to explain her own major achievement in breaking in to Italian naval Enigma. Strongly recommended for those interested in military intelligence 1914-1945.

Mavis Batey was born Mavis Lever, in Dulwich, south London, England on May 5, 1921. She was reading German at University College London when World War II started. During the war, she was one of the leading codebreakers, breaking the Enigma ciphers that led to the Royal Navy's victory over Italy at Matapan in 1941 and to the success of the D-day landings in 1944. In the 1960s, her husband was appointed the chief financial officer of Oxford University and they lived on the university's Nuneham Park estate where the gardens, landscaped in the 18th century, had become overgrown. While researching the estate, she developed an interest in historical gardens. She wrote numerous books on historical gardens including Jane Austen and the English Landscape and Alexander Pope: Poetry and Landscape, and a biography of Dilly Knox entitled Dilly: The Man who Broke Enigmas. She was awarded the Veitch Memorial Medal of the Royal Horticultural Society in 1985 and was appointed MBE for services to the preservation and conservation of historic gardens in 1987. She died on November 12, 2013 at the age of 92. 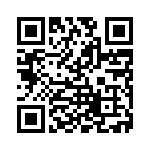