DIRTY LIITLE SECRETS OF THE VIETNAM WAR: Military Information You're Not Supposed to Know

Precious few secrets are revealed in this densely scattershot look at multiple aspects of the Vietnam War. Perhaps a better title for this wide-ranging book might be "An Enormous Number of Vietnam War ... Read full review

this book is adequate. I found no typos.

James F. Dunnigan and Albert A. Nofi are the authors of hundreds of books and articles on military affairs. Dunnigan has been a consultant to the State Department, the CIA, and the Army War College. Nofi is the editor of the series The Great Campaigns of Military History. 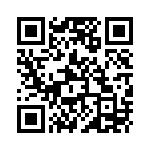