John Bradley is a native of Kilkenny. An archaeologist by profession, he is currently a senior lecturer in modern history at the National University of Ireland, Maynooth. 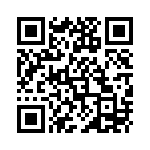