Reviewed by Mamta Madhavan for Readers' Favorite
Discovering Vintage Las Vegas: A Guide to the City's Timeless Shops, Restaurants, Casinos, & More by Paul W. Papa takes readers on a trip to Las Vegas and helps them discover the place and its timeless beauty. Although the place is known for its casinos, the author reveals that there is more to Las Vegas than just its strip casinos. The author shares with readers places of recognized and enduring interest. The book gives a peek into this amazing place that many call their home. The book is informative as well as engaging and will give readers an opportunity to discover "vintage Vegas" in current times.
The author has covered the vintage places of the city extensively and the pictures and signs increase the credibility of the author's voice and expressions. The book not only works as a history lesson, but also as a tourist guide to those who are on a trip to Las Vegas and are only aware of the casinos that make the place unique. I found the pictures colorful and they capture the essence of the place beautifully, lending interest to the topics discussed.
The exquisite descriptions of all the vintage spots will definitely tempt readers to travel to Las Vegas. The stories that accompany these vintage spots are entertaining and charming, and help readers connect in a better way. The book brings nostalgia to all those who have lived in Las Vegas and traveled to the place, and will definitely lure those who have not yet been there. I enjoyed the book thoroughly. It is informative and it's a book that all travel enthusiasts will enjoy reading.

Paul W. Papa is an American storyteller who lived in Laramie, Wyoming, until, after shoveling himself out of one too many six-foot snowdrifts, he strapped a snow shovel onto the front of his vehicle and drove south until someone asked him what it was. He landed in Las Vegas, Nevada (where, by the way, it does not snow), and quickly developed a love for writing true stories about uncommon events. Having never forgotten his Wyoming roots, Paul continues to be fascinated by stories of the once Wild West. He now owns a business that concentrates on nonfiction, technical, and commercial writing. Paul is the author of several books, including It Happened in Las Vegas (Globe Pequot Press) and Haunted Las Vegas (Globe Pequot Press). When not at his keyboard, Paul can be found on the trails of Bootleg Canyon riding his mountain bike, hiking around Red Rock Canyon, or on the waters of the Colorado in his kayak. 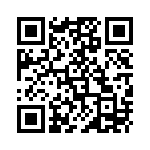