Born the son of a government clerk in Stuttgart, Germany, George Wilhelm Friedrich Hegel received his education at Tubingen in theology. Arguably the most influential philosopher of the nineteenth century, Hegel's lectures---most notably at the University of Berlin from 1818 to his death---deeply influenced not only philosophers and historians but generations of political activists of both the Right and Left, champions of the all-powerful nation-state on the one hand and Karl Marx on the other. His lectures at Berlin were the platform from which he set forth the system elaborated in his writings. At the heart of Hegel's philosophy is his philosophy of history. In his view, history works in a series of dialectical steps---thesis, antithesis, synthesis. His whole system is founded on the great triad---the Idea as thesis, Nature as antithesis, and the Spirit as synthesis. The Idea is God's will; Nature is the material world, including man; Spirit is man's self-consciousness of the Idea, his coming to an understanding of God's will. The formation over time of this consciousness is History. Spirit does not exist in the abstract for Hegel, but is comprehended in "peoples," cultures, or civilizations, in practice states. Hegelian Freedom is only possible in organized states, where a National Spirit can be realized. This National Spirit, a part of the World Spirit, is realized in History largely through the actions of World Historical Individuals, heroes such as Napoleon, who embody that Spirit. A profound misunderstanding of this doctrine led many German intellectuals to subvert it into a narrow, authoritarian nationalism that glorified the "state" as an end in itself. Although Hegel saw his philosophy as universal, applicable throughout the world, the focus and inspiration of his thought was European. And in his own even smaller world, he was content to support and work for the Prussian state, which he believed to be the highest development of history up to that time. 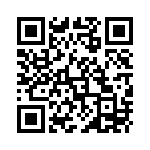