Kai Hwang is a Professor of Computer Engineering, University of Southern California and an IV-endowed visiting Chair Professor, Tsinghua University, China. He earned the Ph.D. in EECS from University of California at Berkeley. An IEEE Life Fellow, He has published extensively in computer architecture, digital arithmetic, parallel processing, distributed systems, Internet security, and cloud computing. He has founded the Journal of Parallel and Distributed Computing and delivered three dozens of keynote addresses in major IEEE/ACM Conferences. He received the 2004 Outstanding Achievement Award from China Computer Federation and the IEEE 2011 IPDPS Founders' Award for his pioneering contributions in the field of parallel processing.

Jack Dongarra is a University Distinguished Professor of Electrical Engineering and Computer Science, University of Tennessee, a Distinguished Research Staff, Oak Ridge National Laboratory and a Turning Fellow at the University of Manchester. An ACM/IEEE/ SIAM/AAAS Fellow, Dongarra pioneered the areas of supercomputer benchmarks, numerical analysis, linear algebra solvers, and high-performance computing and published extensively in these areas. He leads the Linpack benchmark evaluation of the Top-500 fastest computers over the years. Based on his high contributions in the supercomputing and high-performance areas, he was elected as a Member of the National Academy of Engineering in the USA.

Geoffrey Fox is a Distinguished Professor of Informatics, Computing and Physics and Associate Dean of Graduate studies and Research in the School of Informatics and Computing, Indiana University. He has taught and led many research groups at Caltech and Syracuse University, previously. He received his Ph.D. from Cambridge University, U.K. Fox is well known for his comprehensive work and extensive publications in parallel architecture, distributed programming, grid computing, web services, and Internet applications. His book on Grid Computing (coauthored with F. Berman and Tony Hey) is widely used by the research community. He has produced over 60 Ph.D. students in physics, computer science and engineering over the years. 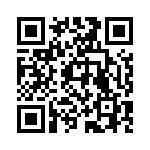