Roger Simon is the award-winning chief political correspondent for U.S. News & World Report and a nationally syndicated columnist. He is the author of the bestselling Show Time and of the widely acclaimed Road Show, which Time magazine called "the most fun you can have with a political book." He lives with his wife, Marcia Kramer of the Washington Post, just outside Washington's Beltway. 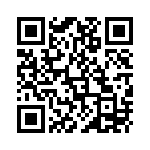