This combines annotated and modernized versions of Marlowe's 1604 text, plus the 1592 English translation of an earlier German text on which Marlowe based his play. Read full review

David Wootton is Anniversary Professor of History, University of York. 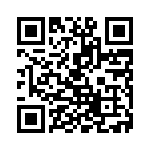