Marc Gellman writes a solo column at Newsweek.com, and along with his close friend Thomas Hartman, he co-hosts the cable television program "The God Squad." The rabbi-and-priest duo have made frequent appearances on Good Morning America, Donlmus, and other major media programs. In addition to being the authors of Religion for Dummies, they have written five children's books including How Do You Spell God? which was made into an animated, Peabody-award winning HBO special. Gellman is the senior rabbi at Temple Beth Torah in Melville, NY. 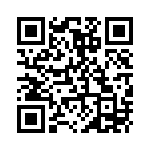