Seth and Sarah are twins going to their first day of school. One of their new friends, Michael, has two daddies, and he says that they are talking about getting married. That evening while eating dinner, Seth tells his parents about Michael and his two daddies. Seth’s Dad explains in completely age-appropriate terms about God’s plan for a man and a woman to get married and that for two men or two women to get married is sin. Then Seth asks, “Does God love them anyway?” And Dad replied, “Yes, God loves them. He sent His Son to die on the cross for them, too, just like He did for you and me. And we need to make sure that we love them just like God does. But since Jesus gave His life for our sins, God expects us not to sin. If we are doing something wrong we must stop if we want to be a child of God—a Christian. We must repent….”
Over the last several years, the radical homosexual rights movement has been very successful in one aspect of their agenda. They have been introducing into public schools and libraries books with catchy titles, upbeat, pleasant sounding stories, and colorful, eye-appealing pictures, such as Heather Has Two Mommies and Daddy’s Roommate, which present homosexual relationships to children as natural and normal in an attempt to brainwash a whole generation to accept homosexuality as an acceptable alternative lifestyle. In fact, one “gay” activist reportedly declared that he is not concerned about winning the battle in the courts because he is confident that indoctrinating the present generation of children will result in society’s embracing of homosexuality in ten to fifteen years.
Does God Love Michael's Two Daddies? is Apologetics Press’s attempt to provide some balance to the flood of pro-homosexual propaganda and to give children a Scriptural view of marriage. I would prefer that innocent children not have to be exposed to these kinds of issues, but the truth is that our kids will be confronted with them, especially if they go to public schools. Remember the father in Massachusetts who protested the fact that his Kindergarten daughter was being taught about homosexuality? He spent a night in jail and was told by a judge that once his daughter passed through the school doors he had no control whatever over what she learned. Is it not better for our youngsters to hear what the Bible says on this subject to counteract all the error in our culture? Homosexual advocates delight in mischaracterizing all those who object to homosexuality, especially Christians who do so on a Biblical basis, as mean-spirited, hate-filled, bigoted homophobes. There is no hatred in this book. It expresses nothing but love, but it also tells the truth. 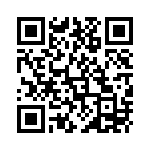