This book's title borrows from Peter Drucker's famous distinction that management is doing things right and leadership is doing the right things. In the introduction, Slack says that she aspires to ... Read full review

Laura Stack, MBA, CSP, CPAE, is an award-winning keynote speaker, bestselling author, and noted authority on productivity. Stack is the president of the Productivity Pro, Inc., whose clients include Wells Fargo, Cisco Systems, Merrill Lynch, and Bank of America. She has been featured on the CBS Early Show, on CNN, and in the New York Times. Stack is a past president of the National Speakers Association and was inducted into its Speaker Hall of Fame.

Foreword author William A. Cohen, PhD is an authority on leadership and strategy formulation and deployment. He gives speeches and seminars for the Industrial College of the Armed Forces, the Air War College, the FBI Academy, all four armed services, and corporations from Boeing to The Cheesecake Factory. He is the author of The Practical Drucker. 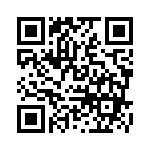