A high-school teacher, former college instructor and fiction writer, Kevin R. Doyle is the author of numerous short stories, mainly in the horror field. He's also written three crime thrillers, The Group, When You Have to Go There, and And the Devil Walks Away and one horror novel, The Litter. Recently, he's begun working on the Sam Quinton private eye series. The first Quinton book, Squatter's Rights, was nominated for the 2021 Shamus award as Best First PI Novel. 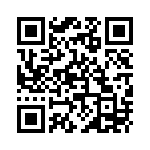