Neal Moore is a world traveler, creative activist and international citizen journalist whose reporting has taken him from night-market meetings with Chinese cyber-dissidents to mountaintop encounters with approaching super typhoons. His dispatches from North America and the Far East have appeared on Headline News, Anderson Cooper 360° and CNN International. He lives in Cape Town, South Africa.

Cindy Lovell is a Huck Finn-inspired high school dropout with a Ph.D. A Twainiac since age 10, she has serendipitously found herself serving as executive director of the Mark Twain Boyhood Home & Museum in Hannibal, Mo. She also serves as an associate professor of education at Quincy University in Quincy, Ill. When it comes to talking Twain, her ex-husband said it best: Don't get her started!

Kathy Eldon, the mother of Dan, is a film producer, media consultant, and journalist. While living in Kenya, she published several books of cookery and travel. She is the editor of "The Journey Is the Destination" and, with her daughter Amy, author of several journals. She lives in Los Angeles. 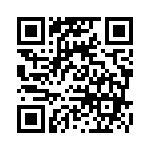