While the solution to the mystery is a little obvious, Ingrid is a great spunky sleuth, and the lack of mysteries for tweens and teens makes me hope we will see a lot more of her. Vollständige Rezension lesen

RGG: Not too edgy, but lengthy enough to be a solid mystery. Ingrid has a real life with typical middle school issues. Reading Interest: 12-14. Vollständige Rezension lesen

Peter Abrahams was born in Boston, Massachusetts on June 28, 1947. His works include Lights Out, The Fan, Crying Wolf, and Oblivion. He also writes the Echo Falls Mysteries Series for younger readers. He was the winner of the 2010 Edgar Award, Best Young Adult Mystery for Reality Check. In addition, he writes the Chet and Bernie Mystery Series under the pseudonym Spencer Quinn. 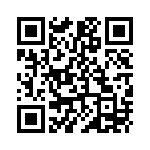