Robert C. Atkins was a world renowned doctor who has helped people lose weight through his own formula of eating certain types of food and exercising. He was the director of the Atkins Center for Complementary Medicine and hosted "Health Revelations" on the syndicated radio show " Design for Living." Atkins wrote approximately 40 books, each one describing a form or revelation of the diet he created, such as "Dr. Atkin's New Diet Revolution," his first book and followed by others such as "Dr. Atkins' Superenergy Diet" or Dr. Atkins' Age-Defying Diet." Atkins also had a nationally circulated newsletter and an infomercial. Robert C. Atkins died on April 17, 2003 from head injuries sustained during an accidental fall while on his way to work. 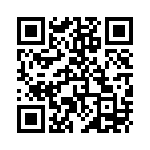