The latter-day Dr Johnson is AKA Tom Morton. Tom was born in Berkshire in 1973 and studied Politics as Bristol University. He has spent the last fouteen years working in advertising. Thanks to an inspiring history teacher at school, he has always had a soft spot for the eighteenth century. This is his first book. 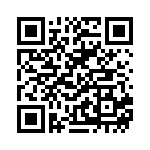