I'm sorry that Gaimon is no longer in the World Tour peloton. He has many interesting observations on pro cycling. Read full review

Phil Gaimon retired from laziness and computer games in 2004 and began riding a bike to lose weight. Now, after a long career as a pro cyclist, including two years in the WorldTour, he's dedicated himself to sharing joy--through books, a cookie-themed Fondo in Malibu, Strava hunts on a YouTube channel, and podcasts. 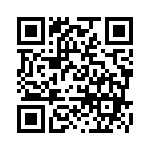