Derek Padula is the author of The Dao of Dragon Ball, the first book to reveal the deep history, philosophy and ancient cultural roots of the world’s #1 anime and manga.

Derek has been a fan of Dragon Ball since 1997 when he first watched the anime, and has seen every episode and read every chapter of the manga dozens of times. His love for Dragon Ball inspired him to begin martial arts training in Shaolin Gong Fu, and then Taiji Quan, Qi Gong, San Sau, Shotokan Karate, and Falun Dafa meditation. Derek earned his B.A. in East Asian Studies and a minor in Chinese from Western Michigan University. He studied abroad in Beijing, China where he trained with the Buddhist Shaolin Monks and a Daoist Taiji Sword Master.

He loves to design video games, speak at anime conventions, and wants to share his understanding of this profound series that continues to influence the lives of millions. 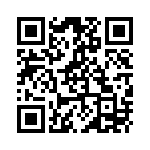