Özgen Felek is a Mellon Postdoctoral Fellow in Religious Studies at Stanford University. She is coeditor (with Walter G. Andrews) of Victoria R. Holbrook a Arma?an..

Alexander D. Knysh is Professor of Islamic Studies at the University of Michigan. His books include Ibn Arabi in the Later Islamic Tradition: The Making of a Polemical Image in Medieval Islam, also published by SUNY Press; Islamic Mysticism: A Short History; and Islam in Historical Perspective. 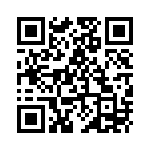