This is a great collection of essays by Canadian women, but I think I preferred Dropped Threads 2 a bit more. Some of the essays in this collection are funny, some sad, some shocking, and some are a bit boring, but overall, it is a wonderful read. Read full review

Carol Shields used to rummage in antique shops for photographs of long-forgotten women. She is "fascinated by the lives of the overlooked," says the Calgary Herald, and her novels reveal a passion for the simple pleasures of everyday working lives. She says, "I like attention paid to the details that sustain us."

She was born in a suburb of Chicago in 1935, third child of a candy factory manager and a teacher, and had a happy childhood. She met her Canadian husband on a college exchange program in England. After having five children and being what she calls a "typical" 1950s housewife, she "took a master's degree, got involved in left-wing politics, learned French and gradually woke up." As she turned 40, her graduate thesis was accepted for publication along with her first novel, Small Ceremonies.

Her work gained international recognition with her fifth novel, Swann. She won the Pulitzer Prize and the National Book Critics Circle Award for her 1993 novel The Stone Diaries (also short-listed for the Booker Prize), and the Orange Prize in 1996 for Larry's Party. Her latest novel Unless has stayed on the bestseller list since publication in spring 2002; it was nominated for the Booker Prize, the Giller Prize, the Governor General's Literary Award and the Commonwealth Writers Prize for Best Book (Canada and Caribbean). She is the author of over twenty books, including poetry, essays and a recent biography of Jane Austen. Her work has been translated into twenty-two languages around the world.

Shields learned she has Stage-3 breast cancer in 1998. An experimental treatment gave her an unexpected lease of life, during which she wrote the novel Unless. She worked her own pain into the fictional story of a woman who watches her daughter abandon her university studies to beg on the street. Carol Shields passed away in July 2003.

Marjorie Anderson met Carol Shields in the 1980s when both were teaching at the University of Manitoba. She is the seventh of eight children born to Asdis and Thorsteinn Anderson, Icelandic-Canadian fishers, farmers and storytellers from the hamlet of Libau on the edges of Lake Winnipeg.

She has a PhD in literature and taught for seven years in the English department at the University of Manitoba before moving to the School of Business, where she became director of the communications programs for commerce and MBA students. She was awarded the university’s Achievement Award for Excellence in Teaching, and has taught in international programs. She recently gave up full-time teaching to spend more time on literary projects and continues to run a communication consultancy for academic and corporate clients.

She and her husband live in Winnipeg and enjoy spending time with their four daughters and several grandchildren. Anderson's lifelong interest in writing and storytelling, and her involvement in editing and teaching over two decades, made the task of editing Dropped Threads and Dropped Threads 2 a comfortable one. She describes her collaboration with her friend Carol Shields as a great pleasure. 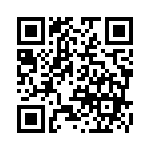