Neeraj Kumar is a Drupal architect, author, project manager, and overall geeky guy who enjoys using technology for bringing value to businesses. He is also the chief engagement officer of Valuebound, an India-based Drupal consulting firm that provides enterprise Drupal solutions for media and product companies. He earned his bachelor's degree in architecture from the Indian Institute of Roorkee. Yes, you heard it right; he is an architect by degree training and used to design buildings. But nowadays, he is more into architecting Drupal solutions for enterprises and advocating best practices, along with contributing to the awesome Drupal community. You can follow Neeraj on Twitter at http://twitter.com/neerajskydiver or his LinkedIn profile at https://in.linkedin.com/in/neerajskydiver.

Tassos Koutlas is a senior technical consultant at Cameron & Wilding in London. He has over 13 years of experience in producing web-based projects and machine learning / image processing algorithms, and administering IT systems. He has worked in commercial and research-based environments in the UK, Greece, and Italy. Tassos has successfully delivered projects such as the National Baseball Hall of Fame redevelopment, where he helped develop a better way to deliver content online, utilizing the Hall's vast asset collection. He has been part of award-winning projects such as the Qatar Museums website, where he helped extend their website with an events calendar and a blog section, and has been supporting MoMA online collections. More recently, he has been helping Investors in People embark on becoming an agile organization. Prior to joining Cameron and Wilding, Tassos had been a part of the team working at the Southbank Centre, providing support at multiple levels in their digital transformation efforts. His previous projects include Q base R&D, a start-up focused on personalized skin cancer prevention, and the Athens 2004 Olympic games. Tassos graduated from the University of Manchester with a BSc Hons in computing science and holds a PhD in image processing and machine learning. He has been working with Drupal for 10 years. He is an Acquia certified developer and certified Scrum Master.

Samuel Keen first found an interest in web development while traveling abroad, when he learned how to build an online photography portfolio. A trained musician, he found that the same interests drove his web development: "Both music and the Web have frameworks that give us almost endless abilities to build and be creative." Returning to the UK, he began designing and developing websites for people in creative industries. Since 2011, Samuel has worked almost exclusively with Drupal. He is particularly interested in the frontend, UX, and automated workflows, with a passion for cutting edge Sass. He currently works as a frontend developer for Cameron & Wilding, a Drupal development agency based in London. Samuel has worked on projects for The Economist, the Imperial War Museums, London South Bank University, and The Telegraph.

Edward Crompton has been developing with Drupal since he was first hooked by version 5 in 2007. His adventures in open source software development have taken him from the so-called Silicon Roundabout in London to the villages of South India, where he built an application for gathering data about school building projects. He's now based back in London, where he can often be found riding a rusty bicycle and digging in his rented potato patch. Edward works as a Drupal developer for Cameron & Wilding Ltd. He's a keen supporter of Drupal community events in London and likes to exchange knowledge about Drupal at meetups and in the pub.

Krishna Kanth is a Drupal developer and an active contributor to the Drupal community who has been building websites since he was a student at engineering college. He is a specialist in the Drupal backend and equally loves to work with other PHP frameworks. He is a graduate in information technology from Jawaharlal Nehru Technological University, Anantapur, Andhra Pradesh, India. Krishna started his career as a freelancer and worked with many NGOs. Now he works as a senior Drupal consultant and developer at Valuebound, India. You can follow him on Twitter at https://twitter.com/_krishna_kanth or his LinkedIn profile at https://in.linkedin.com/in/krishnakanthp.

Rakesh James is a Drupal developer, evangelist, enthusiast, and contributor to the Drupal community. He is a specialist in Drupal who simply loves to work with Drupal again and again. He is one of those who believes and thanks God for Drupal on a daily basis, because he believes that if Dries hadn't created Drupal, he may not have achieved his current lifestyle. So he is always looking to evangelize, train, and mentor newbies to Drupal. Rakesh graduated from the Government Engineering College, Thrissur, which is one of the finest engineering institutes in Kerala. He started his career as a software programmer in PHP and Drupal. Currently, he is hand in hand with Valuebound as a senior Drupal consultant, developer, contributor, mentor, trainer, and architect for Drupal projects.

Malabya Tewari is a full-stack Drupal developer, Drupal evangelist, trainer, and open source enthusiast who likes to reinvent and improve his working environment continuously, mainly because of his unsatisfied soul which seeks to achieve perfection. He is an active contributor to the Drupal community via code, as well as by organizing Drupal meetups and "Drupal in a day" workshops in Bangalore. A graduate in computer science from Sikkim Manipal Institute of Technology, who started his career as an intern in a Drupal firm, Malabya now works as a Drupal consultant and developer at Valuebound, which is a Drupal shop that delivers enterprise Drupal solutions for media and product companies.

Kurt Madel is a senior manager and developer for Captech Consulting in Richmond, Virginia, USA. He has worked on open source CMS projects for over 6 years. Kurt contributes regularly to Drupal.org and is the maintainer of several modules. In addition to Drupal, he has been doing Java EE development since 2000 and has focused on mobile web development over the last 2 years. When he is not writing or programming, Kurt enjoys cycling and spending time with his wife and four boys. 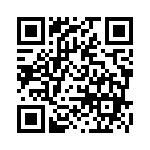