A gifted poetry critic takes on the lyrics of rock bard Bob Dylan.Ricks (Humanities/Boston Univ.) has penned tomes on Milton, Keats, Eliot, and Tennyson, but he has long been fascinated by Bob Dylan ... Read full review

At times playful - at times too playful, so not a five - but with encyclopedic knowledge of Dylan's lyrics, printed and performance, Ricks takes his readers on a tour of Dylan's portrayals of sin ... Read full review

Christopher Ricks is a Warren Professor of the Humanities, codirector of the Editorial Institute at Boston University, and a member of the Association of Literary Scholars and Critics. He was formerly professor of English at the universities of Bristol and Cambridge. 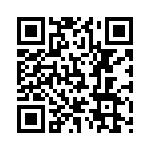