'Early Christians of 21 Century'
The complete faith story of Kandhamal ‘Early Christians of 21st Century - stories of incredible Christian witness from Kandhamal jungles of India’ was released at the silver jubilee assembly of the conference of Latin rite bishops in the presence of over 125 bishops by Cardinal Fernando Filoni, prefect of the Congregation for Evangelisation of People’s, in February 2013 at Vailankanni.
The book highlighted how the orchestrated anti-Christian violence that engulfed Kandhamal jungles from late August 2008 was the saddest event in the history of Christianity in India. More than 100 Christians embraced martyrdom while 296 churches were desecrated and damaged, and nearly 6,000 Christian houses were plundered - rendering more than 56,000 Christians homeless during weeks of unabated violence.
With saffron foot-soldiers insisting on thousands of Christians to forsake faith to set foot in their native villages, refugee Christians turned their 'losses into gains'. They chose to languish in dingy slums than to turn their back to Christ and gave sterling testimony as true followers of Christ who gladly carried the cross without running away from it. History repeats itself. Like the 'Early Christians', valiant Christians of Kandhamal sacrificed everything for their faith amid brutal persecution and carved out the most glorious moment since Apostle St. Thomas sowed the seeds of Christianity in India.
The rock-like faith of even illiterate Christians inspired the journalist author to make 18 arduous trips Kandhamal to document the amazing testimony of zealous Christians surviving on empty stomachs amid burnt churches and plundered houses gathering moss. By holding on to their faith amid diabolic cruelty, rampant impunity and state apathy, the author convincingly argues, Kandhamal Christians deserve the title of 'Early Christians of 21st Century'.
Cardinal Oswald Gracias, president of Catholic Bishops Conference of India, has noted in his ‘Foreword’ to the book says: “a vivid account of the faith experience of the Kandhamal Christians. These stories are very revealing, encouraging and truly inspiring. Posterity will admire what this generation went through in Kandhamal” Cardinal Telesphore Toppo, CCBI president, has described the book as ‘inspirational and prophetic in the Year of Faith’.
Christians Shamefully Persecuted in India
Tuesday, 05 Nov 2013 07:25 AM
By George J. Marlin
http://www.newsmax.com/George-J-Marlin/hindu-india-christians-persecuted/2013/11/05/id/534797/
Share: A A | Email Us | Print | Forward Article | Get Short Link
0
inShare
After severing its colonial ties with Great Britain in 1947, India, a nation of 1.2 billion people, organized a secular democratic republic that guarantees freedom to practice and propagate one’s faith.
Christianity in India dates back to the Acts of the Apostles, but is the faith of only 2.5 percent of the population today. The total number of Catholics is 19.5 million.
Sadly, in the 21st century, the religious liberty clause in the Indian constitution has been ignored by Hindu fundamentalists who have planned, coordinated, and executed anti-Christian pogroms.
On Christmas Day 2008, for example, over 100 Churches and Christian facilities were looted, damaged, or destroyed, and more than 400 Christian houses were gutted.
Since 2008, the focus of Hindu terrorists has been in the jungle village of Kandhamal located in the state of Odisha (formerly Orissa). Over 56,000 of the 117,000 Christians living there have been driven from their homes, with 6,000 of their houses burnt to the ground. About 300 churches and holy places have been desecrated or destroyed.
The Christians are being persecuted not only because of their faith, as they are in Egypt and Syria, but because they refuse to renounce it and embrace Hinduism. As a result, thousands of Indians, including priests, nuns, and ministers, have been sadistically tortured. Many have 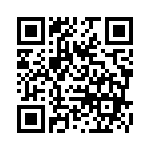