An excellent tool for the student delving into the details and origins of the early Greek myths. I recommend this one-volume hardback version if you can find it at a reasonable price, as even the paperbacks are massive volumes (and divided into two parts). Read full review

This is a great resource for people seeking detailed information about Greek myths. The book is highly informative -- even too informative from time to time. The best feature is the way the author ... Read full review

Timothy Gantz is professor of classics at the University of Georgia. 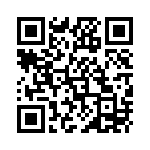