Lucian N. Leustean is Lecturer in Politics and International Relations at Aston University, Birmingham, UK. He is the author of Orthodoxy and the Cold War: Religion and Political Power in Romania, 1947-65 (2009) and co-editor with John Madeley of Religion, Politics and Law in the European Union (Routledge, 2009). 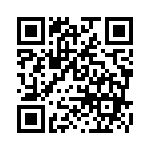