Nietzsche's autobiography is bewildering. The title, Ecce Homo, means "Behold the Man" in Latin, and is ascribed to Pontius Pilate when he presented Jesus to the mob. The title is clever in that ... Read full review

Ecce Homo ("Behold the Man"; though Nietzsche claims "I am not a man, I am dynamite"), published in 1888, is Nietzsche's passionate and eccentric autobiographical examination of the evolution of his ... Read full review

The philosopher Friedrich Nietzsche was born in Prussia in 1844. After the death of his father, a Lutheran minister, Nietzsche was raised from the age of five by his mother in a household of women. In 1869 he was appointed Professor of Classical Philology at the University of Basel, where he taught until 1879 when poor health forced him to retire. He never recovered from a nervous breakdown in 1889 and died eleven years later. Known for saying that “god is dead,” Nietzsche propounded his metaphysical construct of the superiority of the disciplined individual (superman) living in the present over traditional values derived from Christianity and its emphasis on heavenly rewards. His ideas were appropriated by the Fascists, who turned his theories into social realities that he had never intended.
R. J. Hollingdale has translated eleven of Nietzsche's books and published two books about him. He has also translated works by, among others, Schopenhauer, Goethe, E. T. A. Hoffmann, Lichtenberg and Theodor Fontane, many of these for the Penguin Classics. He is Honorary President of the British Nietzsche Society, and was for the Australian academic year 1991 Visiting Fellow at Trinity College, Melbourne. 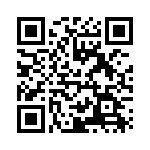