Talcott Parsons, an American sociologist, introduced Max Weber to American sociology and became himself the leading theorist of American sociology after World War II. His Structure of Social Action (1937) is a detailed comparison of Alfred Marshall, Emile Durkheim, Max Weber, and Vilfredo Pareto. Parsons concluded that these four scholars, coming from contrasting backgrounds and from four different countries, converged, without their knowing of the others, on a common theoretical and methodological position that he called "the voluntaristic theory of action." Subsequently, Parsons worked closely with the anthropologists Clyde Kluckhohn, Elton Mayo, and W. Lloyd Warner, and the psychologists Gordon W. Allport and Henry A. Murray, to define social, cultural, and personality systems as the three main interpenetrative types of action organization. He is widely known for his use of four pattern variables for characterizing social relationships:affectivity versus neutrality, diffuseness versus specificity, particularism versus universalism, and ascription versus achievement. 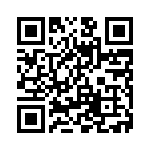