Jean Babette Stein was born in Chicago, Illinois on February 9, 1934. She attended Wellesley College and the Sorbonne, but did not graduate. While in France in 1955, she interviewed William Faulkner for The Paris Review. She worked for The Paris Review for several years before moving to New York City to work for Esquire magazine. She was the editor and publisher of Grand Street, a quarterly literary journal, from around 1990 to 2004. She wrote several books during her lifetime including American Journey: The Times of Robert Kennedy, Edie: An American Biography, and West of Eden: An American Place. She died in a fall from her 15th floor apartment on April 30, 2017 at the age of 83.

George Ames Plimpton was born March 18, 1927. He was educated first at Phillips Exeter Academy in New Hampshire, and then spent four years at Harvard majoring in English and editing the Harvard Lampoon, followed by two at King's College, Cambridge. Before he left for Cambridge, he served as a tank driver in Italy for the U.S. Army from 1945 through 1948. After graduation, at about 27 years of age, Plimpton went with his friends to Paris. There they founded the Paris Review in 1953 and published poetry and short story writers and did interviews. In the '50s, Plimpton and staff came to New York, where they kept the Review going for half a century. The Review has published over 150 issues. Plimpton also served as a volunteer for Robert Kennedy's 1968 presidential run and was walking in front of him as the candidate was assassinated in the kitchen of a Los Angeles hotel. Plimpton was known as a "participatory journalist". In order to research his books and articles, he quarterbacked in a pre-season NFL game, pitched to several all-stars (retiring Willie Mays and Richie Ashburn) in an exhibition prior to Baseball's 1959 All-Star game, performed as a trapeze artist for the Clyde Beatty-Cole Brothers Circus, and fought boxers Archie Moore and Sugar Ray Robinson. Plimpton was alson known by the nickname the Prince of Cameos for the amount of work he did in films, playing small parts and screenwriting. He was inducted into the American Academy of Arts and Letters in 2002. Within a month of the academy induction, the French made him a Chevalier, the Legion of Honor's highest rank. The Guild, an arts organization based on Long Island, gave him a lifetime achievement award. Plimpton was also a member of PEN; the Pyrotechnics Guild International; the National Football League Alumni Association; and the Mayflower Descendants Society. In 2003, Plimpton decided to write his memoirs, signing a $750,000 deal with Little, Brown and Co. Before he could finish, George Plimpton died, on September 26, 2003 of natural causes at the age of 76. 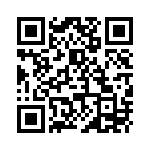