Edward Albee was born in Virginia on March 12, 1928. His first produced play, The Zoo Story, opened in Berlin in 1959 before playing at the Provincetown Playhouse in Greenwich Village the following year. In 1960, it won the Vernon Rice Memorial Award. In 1962, his Broadway debut, Who's Afraid of Virginia Woolf?, won a Tony Award for best play. It was adapted into a film starring Richard Burton and Elizabeth Taylor in 1966. He wrote about 30 plays during his lifetime including The Sandbox, The American Dream, The Death of Bessie Smith, All Over, and The Play About the Baby. He won the Pulitzer Prize three times for A Delicate Balance in 1966, Seascape in 1975, and Three Tall Women in 1991. Three Tall Women also received Best Play awards from the New York Drama Critics Circle and Outer Critics Circle. He won another Tony Award for The Goat, or Who Is Sylvia? and a Lifetime Achievement Tony Award in 2005. He had died after a short illness on September 16, 2016 at the age of 88. 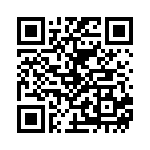