Aleister Crowley was born Edward Alexander Crowley in Leamington Spa, England on October 12, 1875. His parents belonged to the Plymouth Brethren, a strict fundamentalist Christian sect, so he was raised with a thorough knowledge of the Bible. He attended Trinity College at Cambridge University, but left before completing his degree. He became a member of the Hermetic Order of the Golden Dawn, an occult society which taught magic, qabalah, alchemy, tarot, and astrology, in 1898, but the group disbanded in 1900. In 1903, he married Rose Kelly, who began entering trance states and sending him messages from Horus, an Egyptian god. These messages formed the first three chapters of The Book of the Law, which introduced Crowley's main concept of Thelema. He founded his own occult society. He was a prolific writer, who published works on a wide variety of topics. His works include The Book of Thoth, The Vision and the Voice, 777 and Other Qabalistic Writings, The Book of Lies, Little Essays Toward Truth, and The Confessions of Aleister Crowley. He also wrote fiction including plays, novels, and poems. His fictional works include Moonchild, Diary of a Drug Fiend, The Stratagem and Other Stories, White Stains, Clouds without Water, and Hymn to Pan. Three of his compositions, The Quest, The Neophyte, and The Rose and the Cross were included in the 1917 collection The Oxford Book of English Mystical Verse. He died on December 1, 1947 at the age of 72. 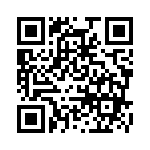