Paula R. Backscheider is the Philpott-Stevens Eminent Scholar in the Department of English at Auburn University. She is the author of several books, including Daniel Defoe: His Life, Spectacular Politics: Theatrical Power and Mass Culture in Early Modern England, and Reflections on Biography, and editor of Revising Women: Eighteenth-Century "Women's Fiction" and Social Engagement. 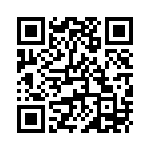