Merry Christmas, everyone! Now for a review of the most non-Christmas-y Christmas book you can find. Only Otessa Moshfegh could write this. It's 1964 and Eileen is a 24 year old young woman in a ... Read full review

One of my book club members recommended this book so we read it for our November meeting. On the back of the book Jeffrey Eugenides calls the author "a writer of significant control and range" and ... Read full review

Ottessa Moshfegh is a fiction writer from New England. Eileen, her first novel, was shortlisted for the National Book Critics Circle Award and the Man Booker Prize, and won the PEN/Hemingway Award for debut fiction. My Year of Rest and Relaxation and Death in Her Hands, her second and third novels, were New York Times bestsellers. She is also the author of the short story collection Homesick for Another World and a novella, McGlue. She lives in Southern California. 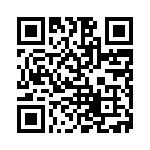